Copper Got into a Bit of a Twist 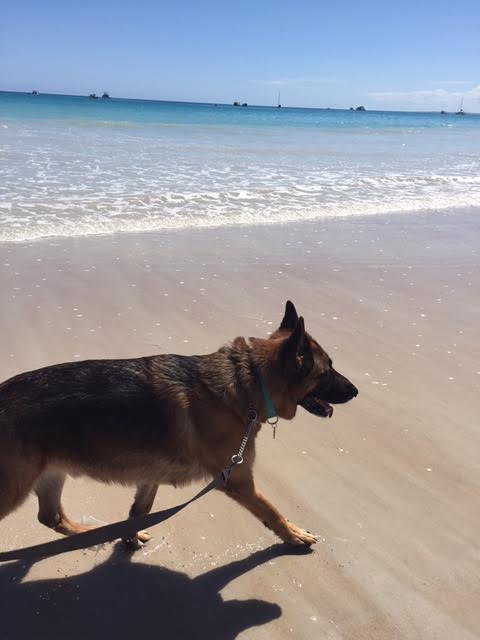 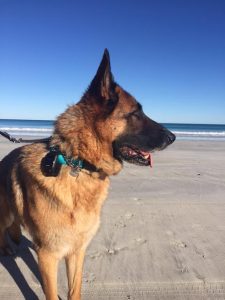 Copper, a 6 year old German Shepherd presented to the clinic late one night with a sudden onset of vomiting, abdominal bloating and collapse. His owner’s rightly suspected a GDV or twisted stomach so they rushed him in as soon as they noticed the signs.

Copper’s large breed, age and history of having recently eaten made a GDV high on my differentials list but severe gastroenteritis, pancreatitis or even a severe foreign body can cause similar signs. At the clinic a physical exam and xrays were performed to determine what was causing Copper’s symptoms. The xrays showed Copper’s stomach had distended to 4 times it’s normal size with gas and had twisted, confirming a GDV. 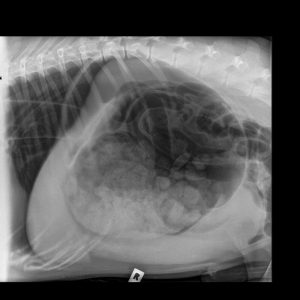 Emergency stabilization and surgery to untwist the stomach was Copper’s only option.  Copper was placed on fluids and pain relief to help stabilize him and his stomach was decompressed to reduce the size. He was then taken straight into surgery where the twist was repaired and his stomach was stitched to the side of his abdominal wall, to prevent it from twisting again. His stomach, spleen and intestines were also checked for secondary damage. Luckily there was no secondary damage to his organs, thanks to him being presented quickly to the clinic. The surgery went well and Copper was discharged after 3 days of close monitoring in hospital. He has since made a full recovery and is enjoying being at home with his best mate Frankie the Dachshund. 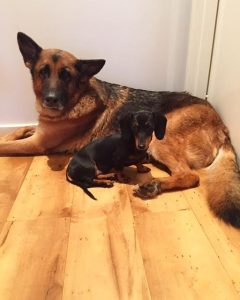 GDVs are a life threatening condition which requires immediate veterinary attention. They most common breeds affected are large and giant deep chested breeds such as Great Danes and German Shepherds. GDVs commonly occur approximately 1-2 hours after eating and cause sudden onset vomiting or retching, drooling, collapse, distended abdomen and unresponsiveness.  You can help reduce the risk of your dog getting a GDV by feeding small meals, encouraging slow eating and avoiding exercising your dog after eating. However GDVs can still occur even when these factors are avoided, so if you suspect your dog has a GDV please call the clinic straight away. Like in Copper’s case, the quicker a patient presents to us the greater their chance of survival.