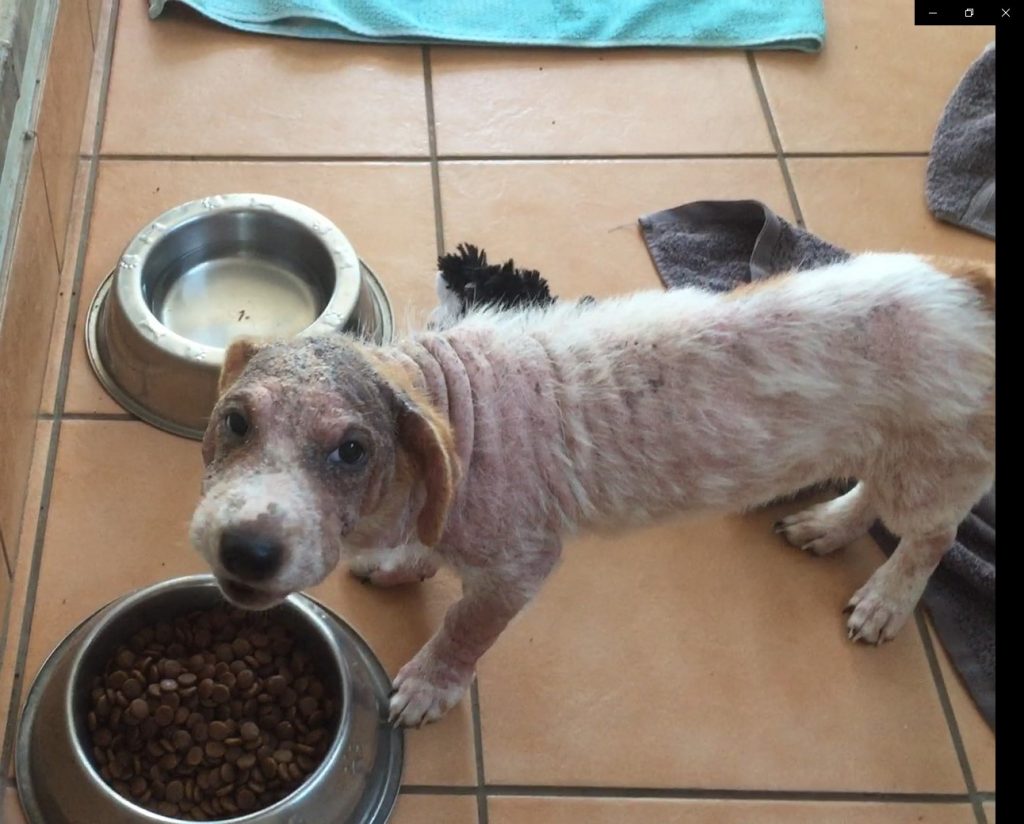 Lucky little Betty came to us in early December after being found wandering the streets. Without having to run any tests, we could see that she most likely had mange. However without taking a skin scrape and examining it under the microscope we couldn’t determine whether it’s sarcoptic mange; commonly known as Scabies, or Demodectic Mange; the most common form of mange in dogs.

After the skin scrape we could confirm that Betty had Demodectic Mange (demodex)Mange.

Demodex is caused by the Demodex Canis which is a parasite that lives in the hair follicles of dogs. All normal dogs and even humans have a few of these mites on their skin as their natural skin flora, however if the dog is well and their immune system is functioning properly then they won’t cause any harm. 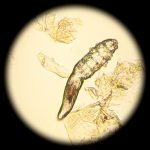 Demodex isn’t contagious to humans or other dogs, however demodex mites are transmitted through the mother to a puppy in the first few days of life but at this stage they should be harmless.

Demodex mange usually starts around the face or you might notice small patches of hair loss on their body. Demodex isn’t severely itchy to the dog, however if it goes untreated and becomes more severe it can compromise the skin’s natural defence mechanisms and secondary infections often result. 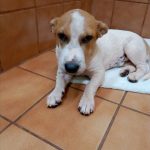 Treating mange is easy with a product called Nexgard. Nexgard is a monthly chew that treats ticks, fleas and mange. Typically after 8-12 weeks hair should have grown back however it’s advised that monthly treatment is continued. We treated Betty straight away with a Nexgard chew as well as giving her regular malaseb baths for her secondary skin infections.

SAFE then happily took her under their wing and carried on the treatment as advised. Now two months later Betty is looking fabulous! Her hair is almost completely grown back and she has now been adopted by a lovely family who just adore her, which makes this story even more beautiful.