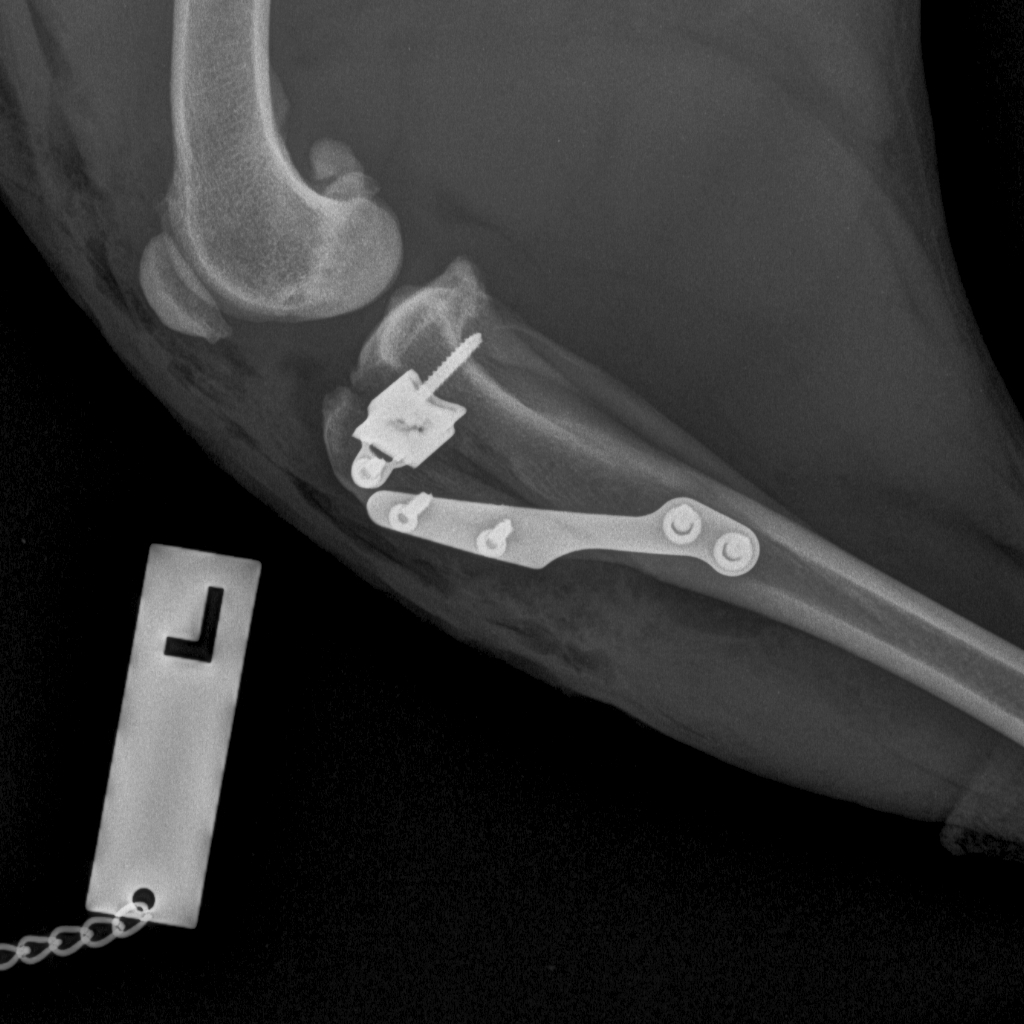 In March of this year I was fortunate enough to travel to Brisbane to obtain additional training in an advanced surgical technique for the treatment of cranial cruciate ligament (ACL) rupture in dogs. This technique, called the Tibial Tuberosity Advancement, or TTA, is a surgery that was developed to dynamically stabilize the knee in dogs that have torn their ACL.

In the past, most vets, myself included, have utilized a form of repair called a lateral suture for this condition. This works well for some dogs, but has numerous drawbacks, including a higher failure rate, especially in larger dogs. The TTA was designed to re-direct the forces moving through the stifle to stabilize the knee during normal use.

When the ACL tears in your pet’s knee, the tibia is able to slide forward when your pet stands on the leg, which is normally constrained by the torn ligament. This is very painful and causes arthritis in the joint. TTA works by changing the way the quadriceps muscle (the large muscles on the front of the leg) pull on the tibia. After a TTA, the muscle pulls the tibia back into its normal position when your dog stands on the leg.

The procedure requires some specialized orthopedic equipment, primarily a bone saw and specific implants, but in general has a much better functional outcome.

If your dog has a cruciate ligament rupture, please feel free to contact the Broome Veterinary Hospital on 08 9192 1319 for more information on this procedure.