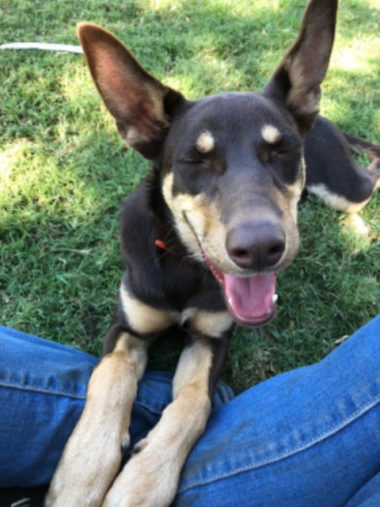 Zac is an energetic and busy little working dog who lives his life on a station. Zac’s owners noticed that something was wrong when Zac returned home wobbly on his legs and covered in a bad smell. The next day Zac’s forelimbs were knuckling and he was falling onto his side when he tried to walk.
What Zac was suffering from is a case of Botulism. This neurological condition is characterized by reduced muscle tone, weakness and paralysis. Botulism is caused by ingesting the botulinum toxin, which is a bacteria. The toxin is absorbed by the intestines and enters the bloodstream. Botulinum toxin is then carried throughout the body, where it binds to nerve cells and causes paralysis. It is likely that Zac has eaten a dead animal or contaminated meat he has found around the property.
Zacs treatment included fluid therapy, antibiotics and physiotherapy. The physiotherapy is Zacs favorite part, he did not mind the nurses and his family doing this at all! It just meant more cuddles and attention. A few weeks on Zacs recovery has been very successful and he is almost back to his normal self. Thanks to his amazing family for providing him with the supportive care and physio he needed. 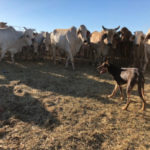